Built on the lines of Tudor-style Windsor's Castle by Chamaraja Wodeyar in 1887 AD. The edifice signifies the impression of British Architecture in Bangalore. Largely made up of wood, the palace is famous for its carvings and paintings in English Style.

The Vidhana Soudha located in Bengaluru, is the seat of the state legislature of Karnataka. It is an imposing building, constructed in a style sometimes described as Mysore Neo-Dravidian, and incorporates elements of Indo-Saracenic and Dravidian styles. The construction was completed in 1956.The Vidhana Soudha has four floors above and one floor below ground level and sprawls across an area of 2,300 by 1,150 feet (700 m × 350 m). It is the largest Legislative building in India. Its eastern face has a porch with 12 granite columns, 40 feet (12 m) feet tall. Leading to the foyer is a flight of stairs with 45 steps, more than 200 feet (61 m) wide. The central dome, 60 feet (18 m) in diameter, is crowned by a likeness of the Indian national emblem. The front of the building is inscribed with the slogan "Government's Work is God's Work," and the Kannada equivalent, "ಸರ್ಕಾರದ ಕೆಲಸ ದೇವರ ಕೆಲಸ" (sarkarada kelasa devara kelasa). In 1957, the Mysore government planned to replace the inscription with Satyameva Jayate, at a cost of 7,500 rupees, but the change did not take place. In 1996, the inscription inspired a visiting U.S. state governor, George Voinovich of Ohio, to propose etching "With God, all things are possible" onto the Ohio Statehouse, prompting a high-profile lawsuit.

Landmarked by a huge white monolith of Lord Shiva in a an artificial pool of water and Himalayas all around, is the Shiva Temple of Bengaluru. Visit for the grandeur and the fascination that surrounds the 65ft tall statue and the white and silver backdrops. Also as one enters, they see a 35 ft tall statue of Lord Ganapathi.

A beautiful wooden palace which served as the summer retreat of Tipu Sultan is situated a little south of the fort near 'city market' at Krishna Rajendra Road and Albert Victor Road junctions. Kempe Gowda first raised this fort with mud in 1537. In 1761, Hyder Ali renovated it to a standard stone structure. The fort has five intricately sculpted arches. The walls and ceilings were once covered with bright paintings that have now faded into pale whisper over the centuries.

Enjoy the marvels of the universe at Jawahar Lal Nehru Planetarium. Founded in 1989, it has a dome with 150m diameter upon which the night sky is projected. The hall has a seating capacity of 210 and is equipped with a space meter. It receives more than two hundred thousand visitors every year at its sky theater.

Sprawling over 240 acres of land with colorful flower beds, Lal Bagh is one of the most beautiful gardens in India. An intricate 17th century water system is used to irrigate the plants within the garden. Lal Bagh has artistically landscaped lawns with a profusion of flowerbeds, lotus pools and tinkling fountains, an attempt to nurture nature's beauty without confining it. It also has a magnificent glass house built in 1840, on the lines of London's Crystal Palace.

This amusement park is located 20-30 kms from Bangalore. The place is ideal for a weekend with friends or children. The park has a range of Dry Rides and Wet Rides from the scary to the tranquil.

Located 22 kms away from Bangalore city, Bannerghatta National Park, covering an area of 104.27sq km, was established in 1971. This park is home to fascinating variety of wildlife including spotted deers and sambars, magnificent elephants and mighty bison along with the king of the jungle ,the lion. Bannerghatta National Park comprises of an Aquarium, Zoo, Children Park, Crocodile Park, Snakes Park, Prehistoric Animals Park and a Museum.

Kempe Gowda II constructed this 125acre lake in the second half of second century. Located at the Northeastern fringes of the city on M.G. Road, this enchanting lake is an ideal place for boating and shopping. There is a boat club where you can hire boats for yourself and make a stop at some of the small islands dotting the lake. The lake is surrounded with many buildings that were once part of British army. There is a public swimming pool welcoming tourist to take a dip. Pool opens daily from 9:00am to 06:00pm and remains closed on Wednesdays.

One of the popular retreats of Tipu Sultan, the Tiger of Mysore, Nandi Hills offers breathtaking getaway of the weary tourist. Tipu’s Drop, a 600m high cliff face provides a magnificent panoramic view of the beautiful terrain. Nandi Hills is 60 Kms north of Bangalore. Other attractions are Tipu’s Drop, Yoga Nandishvara Temple, a beautiful Chola temple, Dravidian-style Bhoganandishvara temple and Muddenahalli, hometown of Sir M. Visvesvaraya, architect of modern Karnataka at the base of the hill. In March 2005 the Toursim department decided to make Nandi Hills a popular destination by introducing a 5-star hotel, ropeway and para-sailing facility. Nandi hills is open from 6 a.m. to 10 p.m.

Route to Nandi Hills: On Bangalore  Bellary road, reach Devanahalli cross, which is on the 36 th milestone. Take the deviation on the left and travel 11 kilometers to reach Nandi cross. The foot of the hill is 3 kilometers from here. On the Doddaballapur road, turn right to reach the road that leads to the top of the hill. From the foot is 8 kilometers of the top.

Shopping is a delightful experience in Bangalore. You’ll find some of the most exquisite silks here. You can also take home handicrafts in sandalwood and rose wood, available in state-owned emporia and private stores. For gold and jewellery, you can visit the quaint Jeweller’s Street. Some of the favourite shopping haunts are M.G.Road, Brigade Road, Residency Road and Commercial Street. Bargain hunters tend to favour K.G.Road, Malleswaram and Shivajinagar.

Sixth International Symposium on Women in Computing and Informatics (WCI'18) 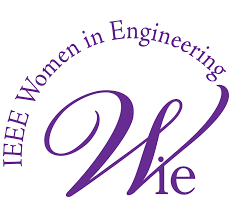